THE GRAND TOUR OF DUBROVNIK 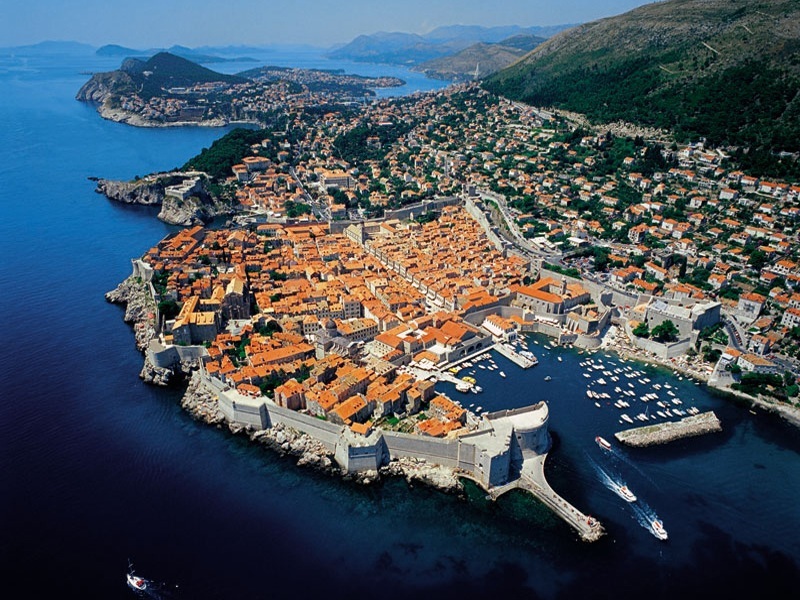 Board the motor-coach and drive to the newly built bridge across Dubrovnik River to the first panoramic stop, which offers a spectacular view of the picturesque Lapad peninsula and the commercial port of Gruz. Continue with the coastal road overlooking the whole city of Dubrovnik to the next stop, which provides a bird view of the Old Town within its long, medieval city walls. After a short ride, you will arrive at the Pile Gate, the starting point for the walking sightseeing tour of the Old Town and its treasures. Today, as in the past, Stradun, the broad main street of the ancient town, is the very heart of Dubrovnik. You will visit the Franciscan Monastery built in the 14th century. The monastery is well known for its Old Pharmacy, one of the oldest in Europe, and its treasury, which contains a precious collection of relics, pictures of ancient Dubrovnik and portraits of city’s famous citizens.

Our next stop will be the Rector’s Palace, once the seat of the government and the Rector of the Dubrovnik Republic. It is a masterpiece of Dalmatian architecture and its permanent display of artefacts, furniture, paintings, coins, medals, decorations, stamps and arms is certainly well worth a look.
Jewish people first arrived in Dubrovnik in the 15th Century and made an important contribution to the Republic’s Golden Age. During your tour you will walk through the Zudioska Ulica (Jewish Street), where the Jewish ghetto once was. Here you will also visit the famous Synagogue, which was first constructed in the 15th Century and, of course, is still in use today. You will then have some time available for shopping before rejoining your coach at the Pile Gate for the return journey back to the port.

Notes:
•This tour is available with the lunch option in which case its total duration is : 5 hours 30 minutes
The following prices apply:

Prices include:
•Guide/Entrance fee to Pharmacy/Franciscan Monastery/Rector’s Palace
•3 course lunch in a 4* Old City restaurant/water/coffee/soft drink or glass of beer or glass of wine.
•Vegetarian/gluten free on request